IT’S fair to say that Eloise Monaghan has had a gutful.

For 10 years the creator of the Honey Birdette lingerie range has been battling people who complain about the appearance of women;s breasts in her advertising campaigns.

One year she had an image banned because it showed too much ;side cleavage;.

Today, it;s the image above that has caused all the fuss.

After receiving a complaint, the image has been banned by the Australian Ad Standards Bureau for breaching Section 2.4 of the Code which states that Advertising or Marketing Communications shall treat sex, sexuality and nudity with sensitivity to the relevant audience;.

It;s one of seven pictures that appears on digital billboards in Honey Birdette lingerie stores around Australia. But this particular shot that shows the ;Issy; range, has been deemed too racy because it exposes minors to ;inappropriate marketing; by using ;highly sexual images;.

The big problem with this particular shot? You can see the models; nipples.

Monaghan ; who finds the image ;beautiful; ; deems it all utterly ridiculous and is clearly exasperated.

;Are they standing there with a magnifying glass looking for the nipple?; she said in an interview with news.com.au.Eloise Monaghan, creator of the Honey Birdette brand. Picture: Supplied.Source:Supplied

The free-the-nipple movement is something that is obviously close to Monaghan&apos;s heart. She points out that there;s no issue with showing a complete topless male in an advertisement, and someone even joked that perhaps they should try photoshopping a man&apos;s nipple into the pictures to make them acceptable. French embroidery combined with luxurious lace on the collection you won’t want to miss out on Issy online now #honeybirdette #embroidery #lace A post shared by Honey Birdette

She says it;s a small group of ;Christian fundamentalists; who have an issue with the campaigns.

It;s this same group from Adelaide … they;ve vandalised our stores and abused our girls [who work in the store];.

They hired a space [that is available for busking] outside the Adelaide store to protest recently;.This Honey Birdette ad showing a gagged Santa was deemed inappropriate and had to be pulled in 2015.Source:Supplied

Complaints about Honey Birdette on the Collective Shout website includes one from an ;appalled mother; who says she was walking through a shopping centre with her 4-year-old son when she saw an inappropriate image in the store window.

I have to go towards it and past it to get to the Kmart, essentially. Their current campaign is for white lacy teddies/negligees and in the full-size posters, there are nipples clearly visible. I feel like this is wholly inappropriate for a public shopping centre, they;d never be able to use those images in prime time to advertise, so why do I have to subject my young son to that imagery when all I wanted was to go get him some new shoes for preschool?; Bring Tiffany to the table Slip into some seductive ivory lace this wild weekend! #honeybirdette #bridallingerie A post shared by Honey Birdette

A ;concerned father; also told Collective Shout he was walking through Westfield Fountain Gate when his ;4-year-old daughter suddenly called out and pointed towards the brightly illuminated shop front window of Honey Birdette.;

The man claims his 6-year-old son then ran to stand beside her as they both ;ogled and shrieked in embarrassed and hilarity (sic); at the posters looming large above them.

At first, I was sad that my kids were exposed to these images so young, but I think I;m just angry now that I have been forced to discuss some very adult themes with them way before their time and this company has complete disregard to what they force the public to see!;

While some also argue that these ads ;objectify; women, Monaghan says her brand has the opposite intent.

We;re entering a particularly conservative time where girls are being made to cover up and it;s not okay.;

Monaghan, who is a staunch supporter of the marriage equality campaign, says she is ;a bit frustrated; with Australia;s lack of progress as a society.

It feels like we take a step forward, then we take two steps back. 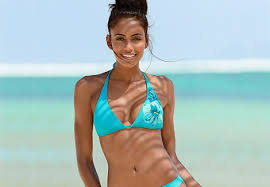